South Korea Has COVID-19 Under Control Despite Homophobia

About a week ago, I woke up to a number of messages from my foreign acquaintances in both my personal and professional inboxes. Are Korean gays okay? Am I, being a queer person in Korea, okay? I instantly knew what that was about, but I was still puzzled. Why are they more concerned than I? When I opened the messages, I found links from Western news outlets.

UK news outlet The Guardian wrote about “high level of deeply entrenched homophobic attitudes in the conservative society” of South Korea. I found that interesting because nowhere did I see anything about high level of deeply entrenched racist attitudes in the UK society about The Guardian’s report on 21% increase in Anti-Asian hate crimes. While I myself have witnessed increased online hate speech against gays, there has been no report of any hate crime incident in real life.

It all started when the religion department of Kookmin Daily, a protestant news outlet, published an article about a COVID-19 patient having visited gay clubs. The names of those clubs had been known from government’s contact tracing notices, but the fact that they were gay clubs weren’t announced because that is irrelevant. Kookmin Daily felt the need to point that out.

While homophobia exists in all corners of South Korean society, the right wing protestants are undeniably the most vocal and organized homophobic force. Anything that the LGBT+ communities do, right wing protestants are there to disturb. Because having an outside enemy to focus on and the resulting us vs. them mentality keeps a group together and benefits its leaders.

But this time, such attempt to incite anger against the LGBT+ community did not go unchecked. The National Human Rights Commission urged the health authorities and the media to protect minorities. Many other news outlets published articles criticizing Kookmin Daily. Even within Kookmin Daily, there were voices speaking out against such irresponsible journalism. The Kookmin Daily branch of National Union of Mediaworkers called for the company to formally address the issue.

Not that Korea Centers for Disease Control and Prevention (KCDC) needed to be reminded not to jeopardize the LGBT+ community. KCDC is experienced in working with the gay community, as one of the diseases they control and prevent is HIV. They are familiar with the concerns of stigma. KCDC is offering “anonymous” testing (in quotes because a phone number has to be given, which inevitably connects to one’s identity) in order to ensure privacy. KCDC also quickly collaborated with a gay community website to put COVID-19 testing information on the front page. Kwon Joon-wook, deputy director of Central Disease Control Headquarters, made it clear that prejudice and discrimination do not help with disease prevention.

Lee Daeun, a 25-year-old bisexual grad student, sees the recent events as a sign that South Korea has progressed, pointing to the criticisms Kookmin Daily has received and the press statements of KCDC speaking out against stigmatizing the gay community.

It has been 20 days since this cluster of outbreak began. There have been over 77,000 tests related to the Itaewon nightlife scene, and 219 confirmed cases as of May 23 12:00PM. It is certainly disheartening to see such increase after having 0 domestic cases for days. But it doesn’t seem like “Homophobia threatens to hamper South Korea’s virus campaign,” as Associated Press suggested. We are still seeing less new cases than recoveries. The numbers actually seem much better than the last major outbreak, which originated from a cult.

We as a nation are stronger than bigotry, which is more than what can be said about some other Western countries. 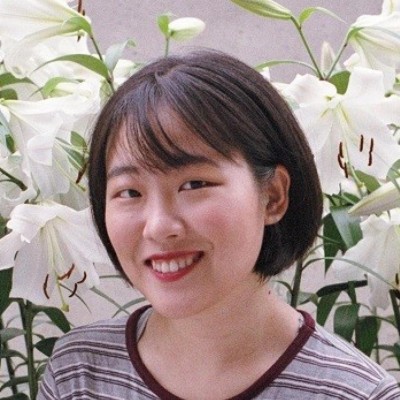 Hi there! My name is Jihyun.